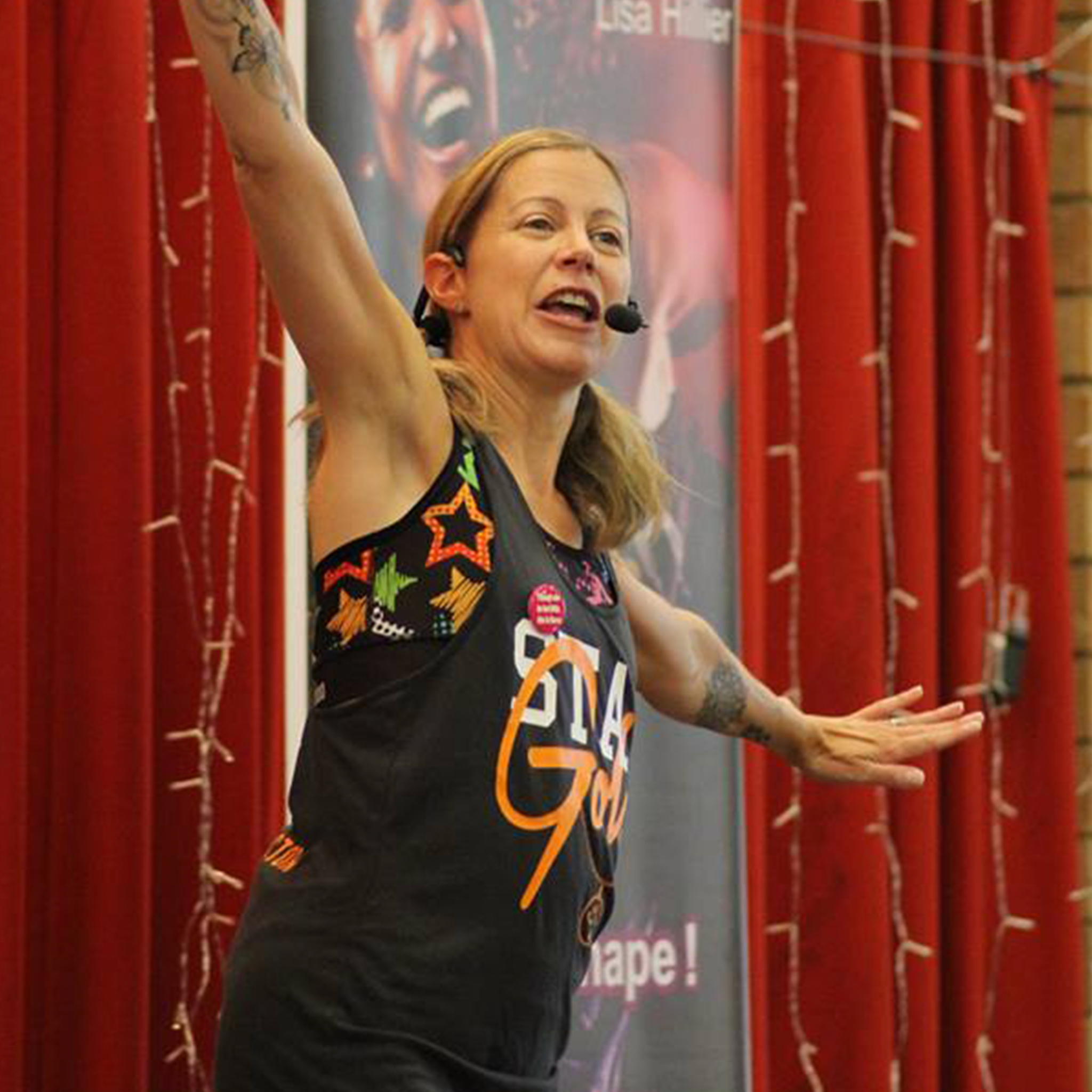 Hi there, my name is Lisa Hillier and I wanted to tell you about my background in dance and fitness. I trained as a professional dancer, singer, actress at Laine Theatre Arts, Epsom gaining teaching Associates (AISTD) and a Diploma.

After graduating I worked professionally in touring musicals such as Scrooge, Summer Holiday and Fame and worked in pantomimes, summer seasons, television, film and worked for Disney UK. I also taught and choreographed for many professional theatre schools around the country.

I then achieved my dream of working in West-End musicals. I played the role of Pearl in Starlight Express at the Apollo Victoria and then went on to play Sophie in Mamma Mia at Edward and Prince of Wales Theatre for three years.

I was part of the original production of Chitty, Chitty, Bang, Bang at the London Palladium working alongside Brian Blessed, Michael Ball and Richard O’Brien and also recorded the cast recording album.

I then went on to play Teen Queen in We Will Rock You at the Dominion Theatre for three years. Whilst working there I performed on stage with Brian May and Roger Taylor.

After 13 years I retired from performing, started a family and then changed my profession and became a qualified Level 2 Exercise To Music Instructor. I now run my own business, Lisa Hillier Fitness, teaching dance/fitness classes.

I am licensed in teaching Zumba, Zumba Gold, Fitness Pilates and the brand new Beatz Fitness including Glow Beatz. I also have my Level 2 Children’s Fitness and Level 3 Teaching and Education qualification.

I have been running community-based classes for over 7 years in Biggleswade, Sandy, Gamlingay and St Neots. I have been a Zumba presenter at Move It, Excel London and was invited to perform with Zumba’s creator, Beto Perez on the Lorraine Show, ITV.

Through my job, I have lots of charity fundraisers over the years raising money for charities such as Cancer Research UK, St John’s Moggerhanger Hospice, Save the Children UK, Pink Ribbon Foundation, Sepsis Trust UK, Tommy’s and Letchworth Garden Hospice.

I am also part of the Pro Team for Beatz Fitness, a brand new dance/fitness brand. I am a Master Trainer, Presenter choreographer and have presented at Fit Jam Birmingham, Kidderminster & Alton Towers, Project Fit, Newcastle and Ribby Hall, Preston. My choreography is used in Beatz Fitness classes all around the country!

By continuing to use the site, you agree to the use of cookies. more information